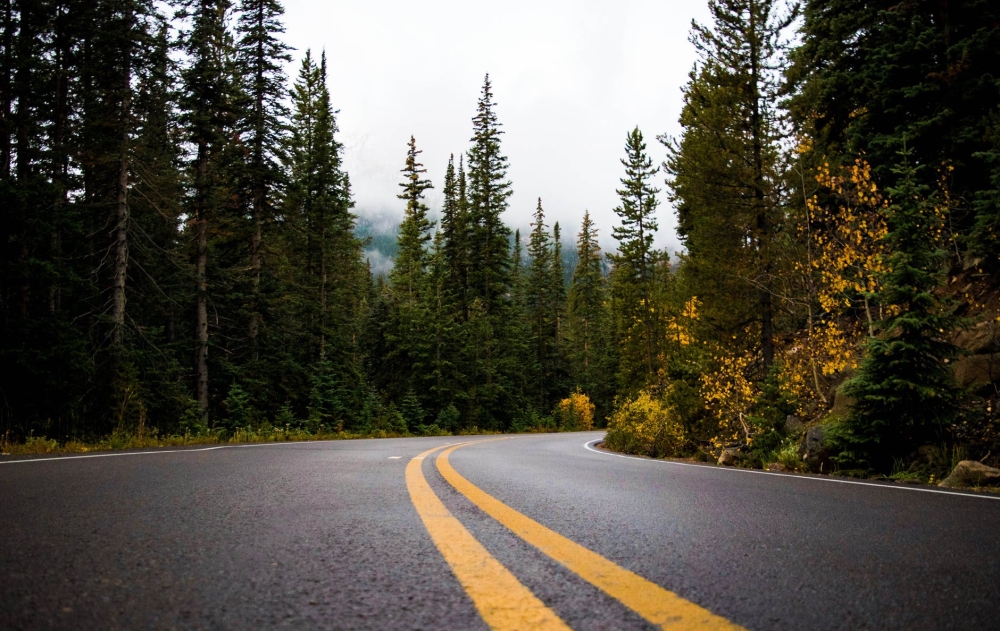 A few years ago, I was traveling to the cities for a Doctor’s appointment. While driving I had taken a freeway curve a bit fast and the car felt a bit sloppy. I internally heard. Slow down. So I did. At that time, I was about 15 minutes from my destination. I than tried to drive a bit more carefully and figured I would cheek it out once I had gotten back home later that afternoon.

Well as luck would have it I did not make it to my destination. About 4 blocks to go my car had hit a huge pot hole and I managed to drive the car into a park driveway about 50 feet from the hole on the road. I called a tow truck, when the tow truck driver arrived he was absolutely astonished. He kept on checking my story. You drove this here? You got it parked here? You know with this tie rod broken going 65 on the interstate around a curve you would have surely been a goner by rolling the car. Then he seen my San Damiano Cross hanging from the windshield. My mother and father-n-law prayed on it during lent with prayers for our family. It was blessed. Upon noting it, the tow truck driver started, saying and even yelling. “God loves you”, “God loves you.” “God loves you”….over and over. He seemed baffled and amazed like he had just witnessed a miracle. I was not as impressed and personally, I thought he was just a bit nuts and was acting that way because he wanted to get extra money to have the vehicle fixed. After the vehicle was loaded, we walked to the appointment we needed to get to. Later that day my car was fixed. It cost the normal price. Everything was as it should be but my cross was missing. I figured wherever the cross ended up it would be needed, I am passing that blessing on with complete reassurance that God loves.

Maybe everyone has stories like this that can be shared and be a witness to the presence of God in our lives, regardless the state of grace we are in at the time of the story. It is awe inspiring that God’s presence is with us. If it was my only driving story like this maybe it wouldn’t be all that significant but there is more.

Another time while in college I had drove from a neighboring campus and back again to the college campus I attended. It was to be a quick erred. I think I was returning something to a friend or getting something picked up from that friend. Perhaps a blessed TEC cross. Anyhow, on my travel back I was in a hurry. I wanted to get back, park my car on the busy campus and make it to class on time. Somehow, I had stopped at a green light. I was the first car in the line. No one honked at me. It caused absolutely no commotion in traffic. There was just this great sense of calm around me. That is odd I thought as I noticed I just watched the light turn to yellow and red. When it turned green, I went up a slight hill and discovered the semi truck I was directly behind prior to the green stop light had a huge piece of machinery that had fallen off the truck. It laid many feet behind the truck. Even seemingly denting the tar below it. I am not sure how they got it reloaded it was going to take more than a wench. Surely, if I was driving directly behind it as I should have been, I would have been crushed and died. I was very shoken up by the incident. Thanks be to God for HIS protection from bodily harm.

Another time as a young teenager I was driving my cousins to grandma’s house. The car had suddenly stalled on a railroad track. Really, I can’t make this stuff up! Once it was determined I could not restart it, I got out of the car in search for help. Actually, quite bewildered as to what to do. That is when I see this guy in the distance starts running towards me up a hill. He was not in running attire but in jeans and a t-shirt. I thought it also quite odd since I could not figure out where he would have been able to see me and come running to help. Yet, it was apparent to me that was exactly what he was running to do. He arrived and took charge. We put the car in neutral and pushed it across a busier intersection of where 6 lanes met. Across the way was a quiet street, next to a funeral parlor, if you can imagine. As we were pushing the car through the intersection a train had went by. That was too close. I had kids in the car with me, it would have been quite difficult to have gotten them out of the car seats in time to be safe, especially without this mans help. Once across he asked me to lift the hood of the car and just happened to be carrying a tool to get it restarted. He told me what was wrong with it. I think the starter stalled or a battery cable was loose if that makes sense to people that are experts in cars. I thanked him. I than turned around to look for my purse to give him some financial compensation for his kindness. However, when I looked up he was gone. I could see in every direction around me but he was no where in sight. He wouldn’t have had time to be out of sight even if he ran, The kids that could talk confirmed that they had seen him too but did not know as to what direction he had left. Ever since than the song angles among us has had a special place in my heart. Even if it was just a man in the right place at the right time serving the Lord.

Anyhow, I have come to believe that when it is our time to be somewhere else, heaven or hell, it is our time. Until than we are to be assured that God loves us, protects us, and has a plan for us.

Spread love. Be love. You are loved. Fill your home with Love. Love life. Live for the ultimate love. God is Love. May God Bless you and make you a Saint. View all posts by Bridget Evens